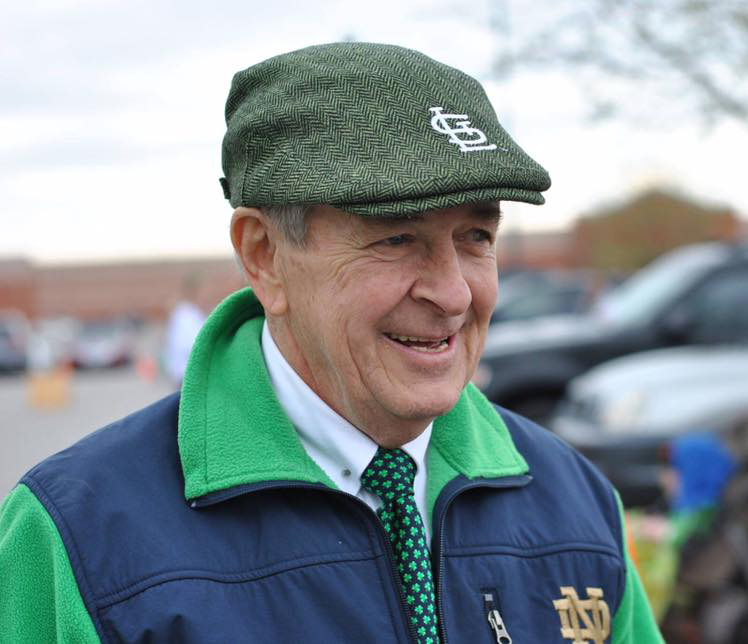 Daniel James Toolen is known by many names, each one specific and special. To his son Timothy (Teresa) and daughter Andrea (Jo), it is Dad. To his grandson Thomas it is Grandpa, to his grandsons Matthew and Danny and granddaughter Kyleah it’s Pa. To his brothers and sisters, it’s Danny or Daniel, and to his myriad of nieces, nephews, cousins and friends it’s most often Danny, or “You Big Hoosier”. Ask any of them what they would most remember him for and the answers may vary, but Cardinals Baseball, his Irish Heritage, his infectious laugh and a firm handshake will always come up. As the 11th of 12 siblings, it should come to no surprise that he loved nothing more than being in the thick of family with a beer in his hand and a smile on his face, surrounded by the ones who meant the most to him. Unless you could have all those things at a ballgame, then it was just that much better. A member of the He-Man Woman Hater’s Club (No Gurlz Allowed), a friend to roofers and so many more, a Paul McCartney look-alike and a man born to be a Grandpa, Danny lived a full life, doing what he wanted to do, when he wanted to do it and he wouldn’t let anyone else tell him otherwise. Why? Well don’t you know who he is? He’s Danny Toolen.

In lieu of flowers, the family would request that you donate in his name to the American Cancer Society.

ARRANGEMENTS UNDER THE DIRECTION ON MICHEL FUNERAL HOME.

My condolences to brother Mike and nephew Dan H.
I always enjoyed Danny’s company at our get togethers at Blarney Stone and will always remember his uplifting personality wherever we met.

My sympathies to the entire Toolen clan. The world is a sadder place without Danny and he will be missed.