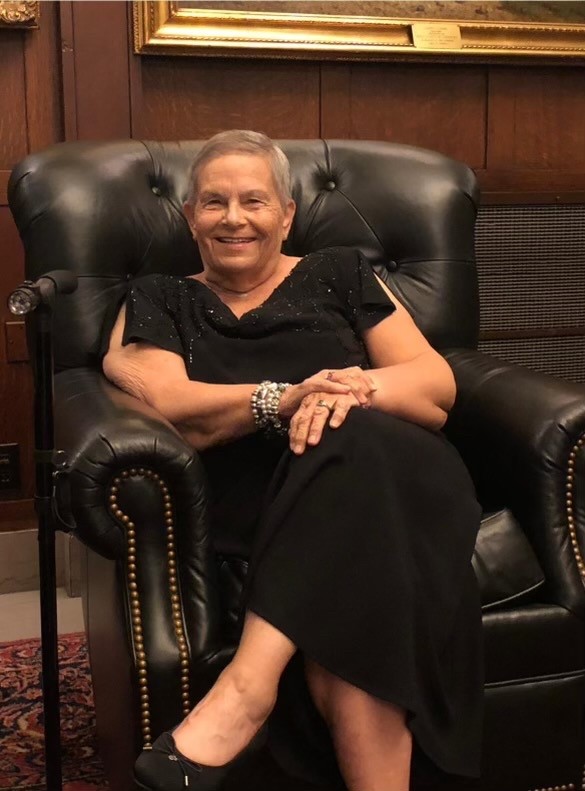 Jeannine’s true talent in life was being the maternal figure to most who knew her. She helped raise not only her children and grandchildren but so many others children as well. Jeannine had many experienced lessons and was always the first everyone called for help. She taught us that everything’s going to be alright,to work hard, strive to be your best, and to never give up.

Jeannine always loved celebrating her Irish Heritage while “playing with the leprechauns”, and enjoyed watching the Cardinals.

Jeannine is preceded in death by her parents Wade & Hilda Kellison, her husband of 37 years Phillip M Jones and her son-in-law James E. Summers Jr.

She is survived by her siblings Neil Kellison & Susan Kurlander, her children Charles Struemph, Theresa Henry and Terry Summers, her grandchildren Nathan Henry (Brennan), Brock Summers (Stephanie), and Kelsey Summers (Andrew), her great-grandchildren Greyson, Madison and Savanna, and Nini to Jack and Sydney.

The memorial service and luncheon will be held Saturday June 19th, 2021, at 11AM at Immaculate Conception in Maplewood, MO. 63143

In lieu of flowers, Jeannine requested for donations to Nurses for Newborns. Donation link below.

My deepest sympathy to Jeanine’s family and friends..

So very sorry for your loss. Your family is in my thoughts and prayers.

Terry, Theresa & Charlie,
Please accept the deepest sympathy of the Rosner, McArthur, & Lorenz families…your mother’s cousins on the Kellison side.

Please know that had we been made aware of this sad news, we would have most assuredly come to pay our respects.

Your mother was a great gal and was so very proud of the three of you.