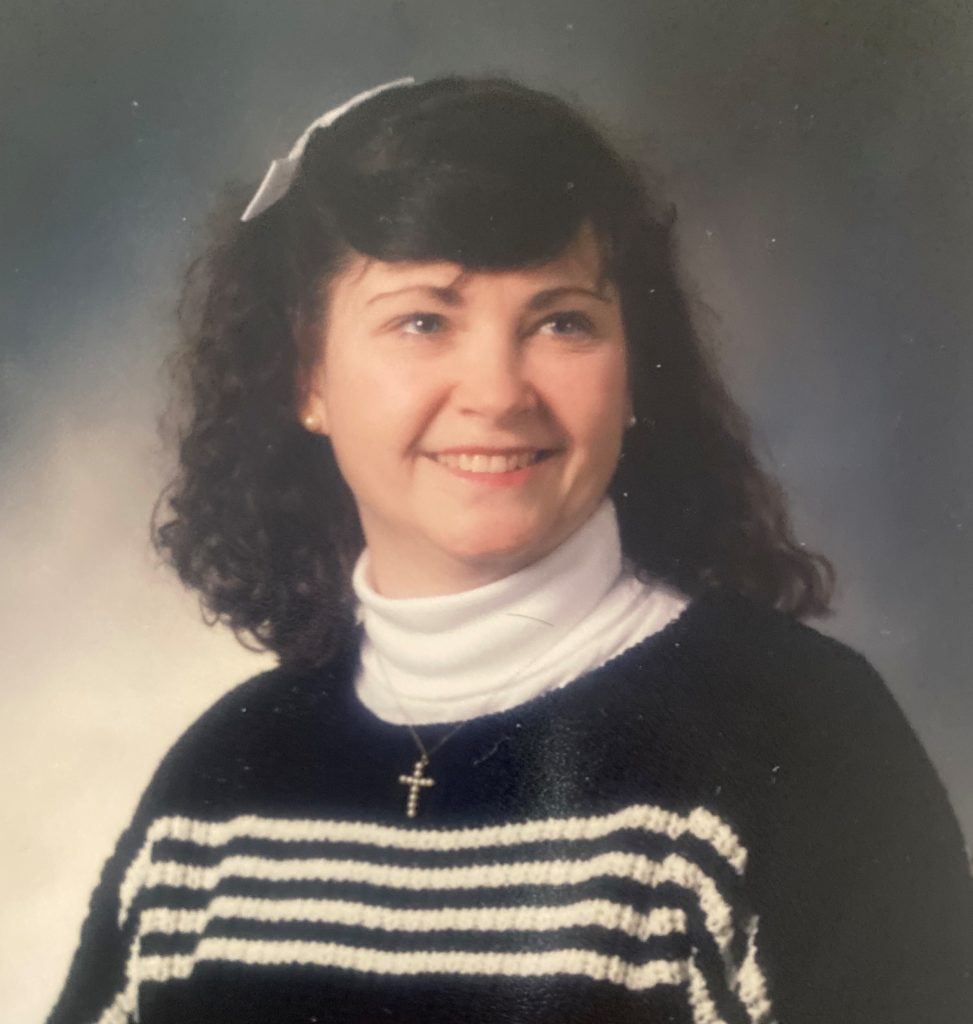 Peggy attended Eugene Coyle High School and graduated from Ursuline Academy. She received an Associates’ in Nursing from St. John’s Mercy School of Nursing and later received a Bachelor’s in Special Education from Fontbonne. Peggy loved her later-in-life career as an educator. She was also active in Little Flower Parish for many years.

My thoughts and prayers are with you and I hope you celebrate the joys “Peggy” brought into the world,
David Dickinson, USEPA

Joe, I’m so sorry for your loss. May the angels welcome her to Paradise.

Joe, I am sorry for your loss. A great lady and a great family.

Chris et al, Sorry to hear this news of your loss. I pray that she will have eternal peace.

My deepest sympathy to Chris, Kristen and the entire family and the loss of such a special lady. Warmly, KATY Baalmann

Dear Winkelmann family (especially Joe, my occasional walking companion), I am so very sorry for your loss. May good memories provide comfort.

Sending my heartful sympathies to the Winkelmann family. May you find peace in being together today to celebrate her amazing life.

Dear Chris and family,
So sorry for the loss of your Mother.
See is now seeing God face to face.

Have many fond memories to cherish of my sister, Peggy. She is at peace with our Lord.

Dear Joe, I’m so sorry for your loss. May good memories of her sustain you.