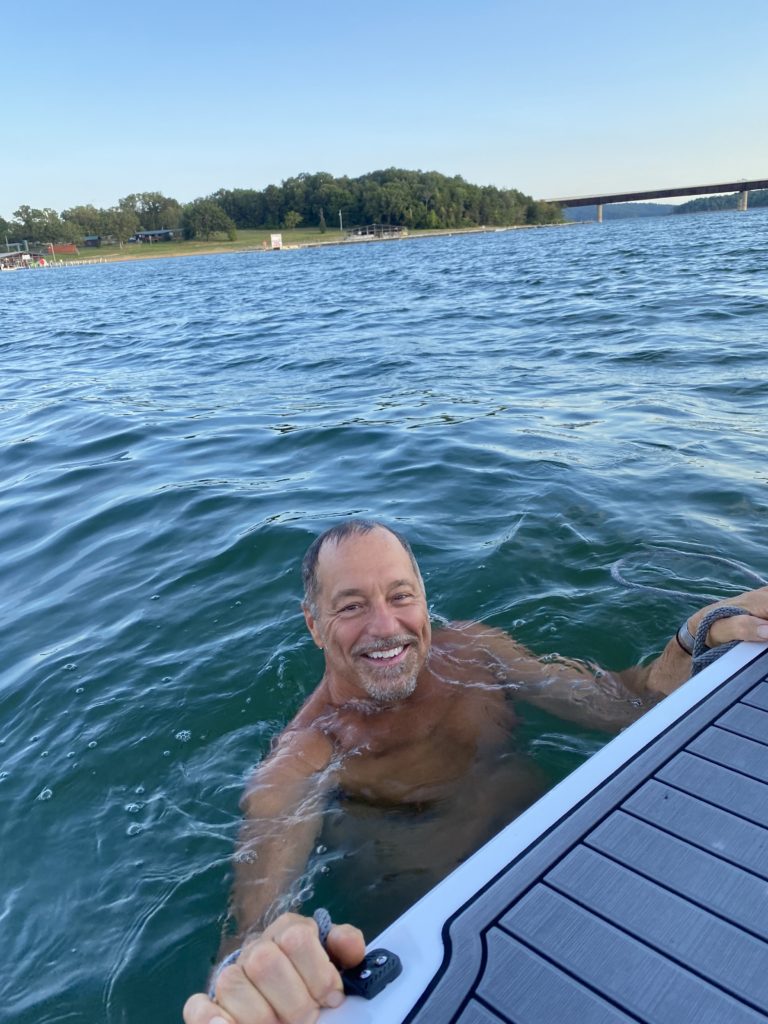 Charles “Chuck” Donet Surdyke of Dittmer, Missouri, was born (along with his twin sister, Lisa Surdyke Clark) on Thursday, June 9, 1960, at St. Francis Borgia Hospital in Washington, Missouri, to the union of Casimer “Casey” Walter Surdyke and Ann Aramintha “Mindy” (nee Figard) Surdyke, and departed from this life surrounded by his loving wife and children, on Monday, November 29, 2021, at SSM St. Clare Hospital in Fenton, Missouri, at the age of 61 years young, after a long battle with cancer.

Chuck attended grade school in Wayne City, Illinois and High School, grades 9-11 in Lesterville, Missouri, where his family owned and operated Ringo Springs Campground. Chuck graduated from St. Pius High School in Festus, Missouri, in 1978. Chuck was a strong supporter of the Catholic faith and his Catholic values were always on display. He was a member of Our Lady Queen of Peace Parish in House Springs, Missouri, for many years and a strong supporter of the Vitae Society, Birthright, and Thrive. Chuck was truly blessed throughout his life and acknowledged so. He received a treasure trove of Catholic gifts to prepare him to meet our LORD.

In 1990, Chuck became the founding partner, along with Thomas Mengel, of CT Solutions, a St. Louis based wealth management agency, which later became known as MSMF Wealth Management. During his career, Chuck received numerous awards and
acclamations for his great successes. Chuck was a visionary in the industry and very selfmotivated. His style of communication, integrity, honesty, and passion for the success of others made him popular among his peers and he became a great mentor to many.

On October 13, 2018, Chuck was united in marriage to his loving and adoring wife, Stephanie. After his initial diagnosis in December of 2018, Chuck and Stephanie began years of traveling and enjoying much valued time together in places such as Hawaii, Key West, Florida, and other warm climates, and lived life to the fullest, enjoying each and every minute they had together.

Chuck had an infectious smile with the standard Surdyke dimples that would light up a room and an attitude that everyone gravitated to. Chuck had many hobbies and was constantly on the go. Even when entering retirement, he still was always busy. He loved to travel with his bride, Stephanie. He loved to spend time with his family, including his children, grandchildren, and the CDFs. Chuck loved to mow the lawn and often viewed it as being therapeutic, even while driving the mower at max speed. Chuck’s absolute favorite pastime was rally driving. Chuck began rallying in 2011 at the 100 Acre Wood event and was hooked! He loved his crew, the Gravel-Spec Rally Sport crew, as well as the others that helped him become successful along the way.Chuck was fast and liked to push himself to be successful; however, he was never one to shy away from helping a competitor along the way.

Interment of Ashes at The Surdyke Compound, for family only. Dinner for all immediately following at Crystal Highlands Golf Course, 3030 US
Highway 61, Festus, Missouri.

He will be greatly missed by many.

Memorial contributions may be made to Tunnel to Towers (T2T.org) in Charles Surdyke’s memory.