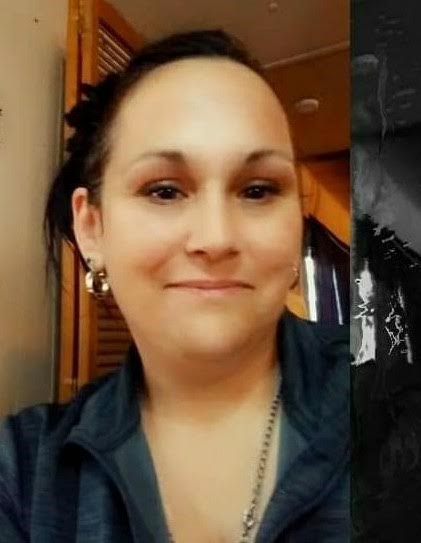 She is survived by her father Richard (Rick) Nadeau and stepmother Chris Nadeau of Granite City, Il., and mother Judith (Judy) Strain-Nadeau-Lee and step father Ralph Lee of Fenton, MO.

Beloved mother of Robert Marquez of Fenton, MO; Payton and Adam Stortz and their father David Stortz of Kentucky.

Christine is preceded in death by her grandmothers Jean Strain of St. Louis, MO, Pauline Nadeau of Florida, and one uncle Foster Strain of Missouri.

She was deeply loved by all and will be missed by all.  She remains in our hearts forever.

There will be no services.  She will be cremated.  Donations may be made to the family.

Heartbreaking to know she has passed way to young. Sending thoughts and prayers to all her family and friends. She is at piece and we will see her again Love and Hugs

Chrissy has always been an amazing friend to me. It’s hard to even put into words to describe what a kind and loyal friend she was. I’ll never forget the MANY, MANY fun times her and I had and all of the laughs we shared. I’ve always loved her and she will forever be close to my heart.

Words could not say how I feel for you right now. I am so sorry you have lost a child that was so young. My prayers go out to you and your family. Love Tracey

words could not describe how I feel right now. I am so sorry for your loss . Love and prayers for you and your family.

Payton and Adam Stortz
12:48am

all we want to say is we miss you mom <3

We love and miss you mom! we wish you were still here with us. I wish I could have said goodbye.

Well baby your uncle Scott is with you now. Your favorite Uncle. He love you 💖.and I know you love him.