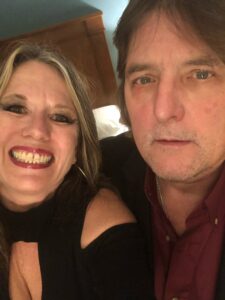 David served four years in the Navy and was a boiler operator and valve technician by trade for many years. He also loved cars and was planning to open a repair and body shop in Sullivan with a friend.

David was a guy who marched to the beat of his own drum, but he would give you the shirt off his back. It might not be clean, and it might even be a bit smelly, but if you needed it he would most definitely give it to you. He had a great sense of humor, loved going to concerts and relaxed by blasting music from his gigantic speakers. He also loved canoeing, fishing and camping, or boating on a lake, and he was all in and passionate in everything he did.
He will be greatly missed by the people who loved him, but he will never be forgotten.

i hope you can rest in peace now, you are going to be very missed

To a great man that would to anything for another. Garybusalacchi will see you later Dave in heaven.

Dave, you were loved by many for a reason… You were always a warm & kind-hearted soul. Hate that we lost touch! I’ll try to do better with our other friends… Hugs… this sucks

Dave, I am so saddened by this!! I miss you so much & miss our phone calls!! The last time I talked with you on the phone, you were talking about how long we have known each other, 23 years & we had always kept in touch with each other. This does not seem real my friend!! I will never forget you! I’ve always loved you & always will!!
Rest In Peace Dave!!