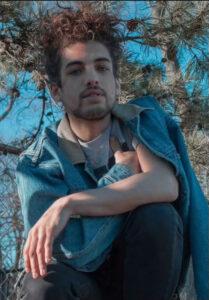 Jackson Lee Hart, 24, of St. Louis, MO. Passed away unexpectedly on August 19, 2022.  We are devastated by this loss and completely unprepared for a future without him.

Born on April 27,1998 to Jennifer Wagner and Jeffery Hart. He immediately filled the lives of those around him with joy and laughter. Jackson graduated high school in 2017.
He worked many jobs from server to barista to most recently a machine operator.
Jackson was a loving brother to Alexandria, Dina, Cari and Eric. Adored by his niece, Lajla and nephews Ethan and Louis.
J
ackson was passionate about art and music. He loved to go fishing and he enjoyed the outdoors. Jackson excelled at everything he did. There are not enough words to describe who he was and the impact he had on everyone around him.
Jackson is predeceased by his father, Jeff Hart, and his grandfather, John “Jack” Hart. He is survived by his mother, Jennifer Wagner, step-father, Dennis Zaretzky, sisters, Alex, Dina, and Cari and brother, Eric; grandparents, Frank and Gina Wagner, and Virginia Hart, his nieces, nephews, aunts, uncles, cousins and many friends.
His presence is sorely missed and his loss is deeply felt. May his memory live on forever.
CELEBRATION OF LIFE:  Saturday, August 27, 2022 at Michel Funeral Home 5930 Southwest Avenue, St. Louis, MO 63139 from 6-8 p.m.
ARRANGEMENTS UNDER THE DIRECTION OF MICHEL FUNERAL HOME.

My sincere condolences. My heart hurts for you and your family and a kind soul lost too soon. Jackson was a kind caring person with a big heart and an amazing artist. I am fortunate to own several of his tree pieces which will be treasured. He will be remembered fondly.