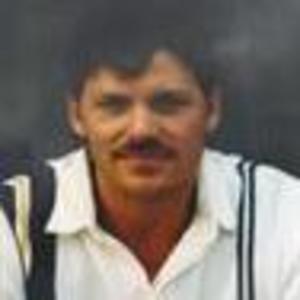 Doug left this life doing what he loved to, Enjoying it. He was preceded in death by our mother Donna McCloud (nee Tipton), our father Robert McCloud, our sisters Diana Cramer (nee McCloud) and Susan McCloud. He leaves behind a brother (and best friend) Robert “Dexter” McCloud and little sister Pamela Herrera (nee McCloud). His forever loving woman Gina Tow, his devoted sons Justin McCloud and Joseph Cavaness. A beautiful daughter in law Eminence “Emi” (nee Spencer) McCloud, and a granddaughter that he was so proud of, she was all he could talk about, Haley McCloud. He also had two uncles and an aunt, cousins, nieces and nephews, his in-laws Mary & Virgil Tow that always treated him like their son, and sisters and brothers in laws that welcomed him into their families.

He was a member of the St. Louis #1 Bricklayers and Allied Craftsmen Union, and a Co-Owner & Operator of McCloud Masonry. He was proud of the fact of being a third-generation mason and helped pass on his trade to his sons and nephews. Doug was born on the Southside but his dreams reached way beyond our city limits. He made some poor choices early in life, but Doug learned from his mistakes, and turned his life around. He found he had a talent for painting and shared his beautiful art with his family and close friends. He was all about helping his family and friends and lifting them up to a better place.

He learned at a early age the importance of hard work. His first job of course was with his father, and Doug was one of the hardest, smartest craftsmen in our city because of our fathers teachings and guidance. He was loving, fiercely protective and a man that said what he meant and meant what he said! He just wanted to be able to enjoy his life with his family and friends by his side. His presence among us will forever be missed.