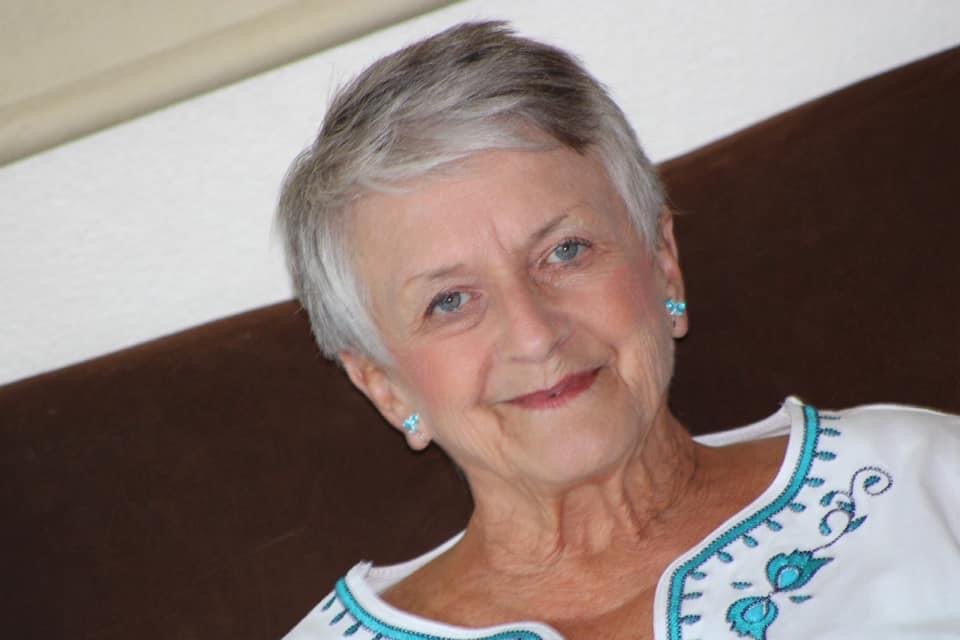 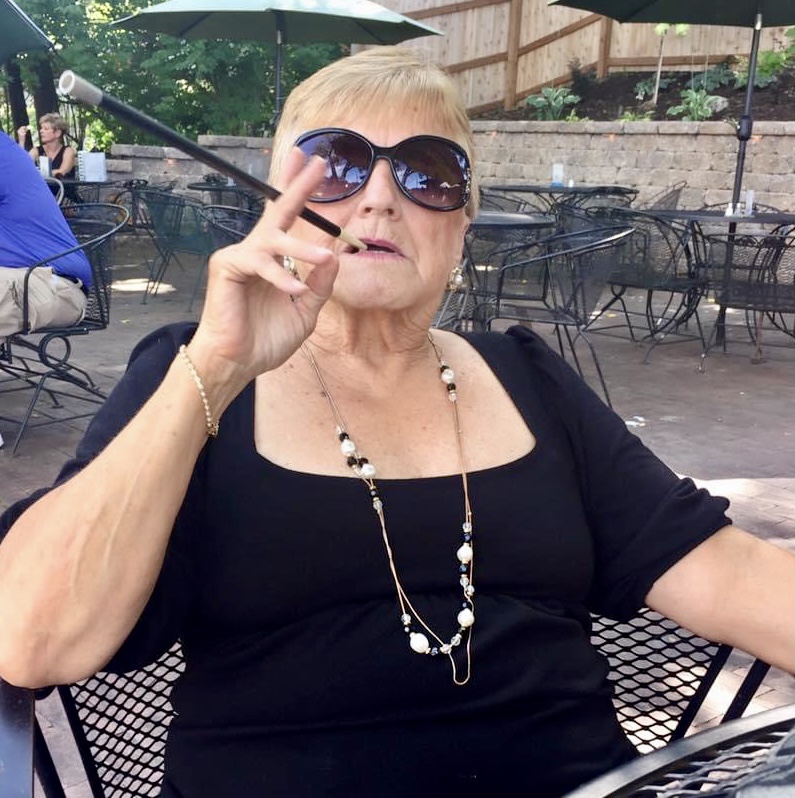 Loretta Ann Lewis, “Cricket” (Boyer) passed away on November 29, 2020. She was 75 years old. She is survived by two daughters Dana (Joe Caputa) and Amy, Daughter-in-law, Debbie Lewis (the late John Lewis), three Grandsons, Ryan (Cara Lewis), Justin (Gina Caputa), Colton and 5 great-grandchildren, Florence, Masyn, Henry, Eleanor, Dominic. She was dearly loved by her siblings and many nieces, nephews, cousins and friends. Her husband of 56 years, John Wayne Lewis Sr., preceded her in death, five short weeks prior. She simply couldn’t bear to live without him.

Born in Old Mines, MO. to Louise and Homer “Charlie” Boyer. Sister to Margie Presson, Joe Boyer, Pat Hoffman, Donnie Boyer, and Vickie Loraine. Lifelong career woman, retiring from Midwest Acceptance Corporation after 35+ years of service. She took pride in her career and her family and she was always the life of the party.

Crickets legacy is her family. She was a born caregiver. She wanted nothing more in her life than to be surrounded by her kids and grandkids. That all began when she met Wayne in 1961. They met at a teen dance in Tower Grove Park. Wayne asked Cricket, “Ya wanna grab a coke?” and that began their love story. Against Crickets wishes, he had to go and left for his tour of duty overseas. They corresponded through letters during his time away – writing to one another every single day. When Cricket graduated HS a few years later, much to her surprise, PFC John W Lewis was standing outside the church. And so it began, their 56-year love affair.

Cricket and Wayne started their life on the Southside, on Utah. They were always city dwellers. John Junior (Monkey) came along in 65’, and Dana (Sis) shortly thereafter in 66’. Being parents was their greatest joy. You could always find her at dance rehearsal or recitals, cheering on the sidelines and sporting events, in the kitchen cooking or baking, or at Venture hitting up a good sale. Cricket was known for her bargain hunting skills! Ten years later the “oops” baby came along to everyone’s surprise. The Irish Twins were not quite as excited about Amy’s arrival. With Amy (Babydoll) came more dance recitals, plays, Muny shows, weekends spent on soccer fields, and trips to Springfield for parents weekend. But her real joy came years later when her grandsons were born.

Grandson #1 came into the world in September of 86’. “Hound dog/RyRy” was the light of her life. Ryan Anthony was a sports fanatic and Mawmaw didn’t miss a game. Ryan gave her the nickname “Bird”, and from that point forward everyone in the family started calling her Bird or Birdy. Five years into Ryan’s soccer, football and baseball games came Grandson #2, Justin Michael, or “Meanness/Justy”, May of 91’. Justin was our creative soul. Mawmaw lived for Justins performances in the living room and eventually on stage at the Muny when he was young. She was so proud of those two, always bragging about them to everyone she knew. Life spent with her family and grandsons, cooking Sunday family dinners, traveling with her siblings, sporting events and spoiling everyone is what made her happiest. She always had a novelty snack or treat for you in her purse. You could always ask her for a piece of “dum”.

In 2007 it was time for Grandson #3 and boy did that shake things up. Colton John, “my sweetheart”, came into this world and Mawmaw was his biggest fan. Going on walks, telling stories, and endless giggles. Mawmaw and Colton were two peas. Often times the laughter and screams were deafening when these two were together. They were truly best friends. Cricket adored that boy. She often traveled with Colton and Amy, hitting up Disneyland, Half Moon Bay, Destin, Great Wolf Lodge, Branson, Siesta Key and more. She loved traveling with her sweetheart. Taking her grandsons to Disney was a yearly treat, although she hated leaving Wayne.

Tragedy struck her family in 2013 when she lost her 47-year-old son suddenly. You can say that life was never the same after that. It shook her soul, but she still held her head high and held Wayne a little closer and tighter. She always looked at her “Johnnys” picture and kissed it.

The last 7 years had many ups and downs. Waynes health took a turn and she retired to be with him every second. They never left one another’s side. Their favorite thing was visiting the littles, the 5 great-grandchildren who lovingly referred to her as “Mawmaw Bird”, and trips to Alton to see Colton. She simply wanted time with her girls, grandkids, great-grandkids and husband.

Pure joy and elation radiated from her face and in her voice when one of her kids or grandkids walked through the door. She would smother you with hugs and kisses every chance she got. Cricket embodied what family really means. Her love and dedication to her husband. Her adoration for her children, and the pure bliss she got from those grandbabies. She was such an enormous part of her family’s life. Her one liners, her laughter and the sing-songy way she would greet you. She was truly glad to see you…well, most of you. She was full of spunk, sass and sarcasm and often times a little crass. You always knew where you stood with Ol’ Cricket. She was the original “Karen” and if you ever had a problem somewhere she offered to write a letter or pay a visit to the manager. Heaven gained the cutest, sassiest, most thoughtful angel. Rest assured she is praying for you as she always did religiously. Make no mistake, she is the life of the party up there too.

Fly high, sweet Birdy. You bestowed so many blessings on so many during your time on earth, we look forward to a lifetime of laughter, stories, memories and signs from above. You made us all who we are and we are so very grateful that you were ours.

A private, family only ceremony is taking place at Jefferson Barracks National Cemetery, on December 17, 2020, where she will be laid to rest alongside her beloved Wayne. Please look forward to a Celebration of Life party at a later date. Cricket loved a party!

In lieu of flowers, memorial contributions can be made to The St. Vincent de Paul Society at St. Ambrose Church. 5130 Wilson, St. Louis, Mo. 63110. Recommendations are made to hug your loved ones tight and laugh a little louder in her honor.

So sorry. Lori and I worked together at Cherokee Finance. Many funny times we had looking down onto Cherokee shoppers . We sure had some fun times. Made a sign one time “HI Nosey”. When people peeked in the window on so Jefferson. Will always remember her