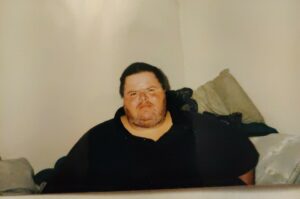 He was a beloved brother, uncle, cousin, and friend to many. He is survived by his fiancée, Terri Smith, who he loved dearly, his brother Winston; sisters M. Beth Volkman (nee Polm) and Margaret DellaCroce (nee Polm); nephews Brian and Joshua DellaCroce, David Volkman Jr; nieces Courtney Chernin (nee Volkman) and Faith Polm.

I only have a few people that I consider to be a “Best Friend” and Nick is one of them. Whenever I needed an extra hand or a person to talk to, Nick was always there. I remember many times when I was working on a project in my garage and Nick would sit in a chair and watch. I lost a really good friend and I will remember him in my prayers every night.