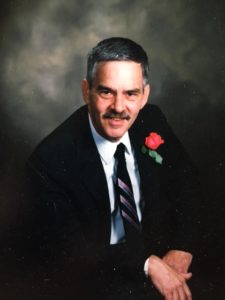 Dear cousin and friend to many.

Terrance attended Marvin and Kratz Elementary and Ritenour High School.  He graduated Lindenwood University May of 1972 with a Bachelor of Fine Arts and has made numerous friends from the earliest days to present.

Terrance was a huge dream maker and loved the outdoors especially camping, gardening, float trips, and conservation was his life joy.

He was a professional bee keeper and started Apis Bee Keeping in 1982.  At one time he owned 300 bee hives and produced and sold organic honey to health food stores.

Terrance enjoyed working and especially enjoyed gardening in the yard.  He loved professional photography and opened Terry Wilson Photography Studio in Overland, MO in 1977 where he would take pictures of weddings, reunions, and family portraits.

Terrance would occasionally drive a tour bus to Branson. He adored also spending time at the Meramec River with his children, family and friends.  Terrance was always creative with food and he was a member of countless nature conservation societies, Audobon, Arbor, Astronomy Club, Sierra Club, Smithsonian, and Franklin County Astronomy Club.

In later years he professed his love for Jesus, Catholicism as his primary and deep-rooted religion that he was baptized at birth. Terrance was a member of the St. Francis Borgia Catholic Church where he sang in the choir.  While attending church he met his special friend Rosalie Kluesner.

Thank you for honoring our dad’s life on this Earth Day 2022. I know He would say go plant a tree.

In lieu of cut flowers donations would be appreciated to Kalen Wilson for the funeral expenses of Terrance Wilson at 726 E. 5th St., Washington, MO 63090.

💕We will miss you dad 💕 We are proud of your earthly accomplishments. 🌱 🐝. I truly admire your honesty and faithfulness to Gods word. 🙏

May you Rest in Peace in Heaven.
Love Kalen

My sincere condolences to Terry’s family. He was a wonderful friend to all of us. He’ll really be missed.
SM2 forever

Many of us knew you as Terry. Having known you for 40 years you will be missed. You were always the thinker and wanted to improve the world around you. May God bless you. Enjoy your heavenly rest.