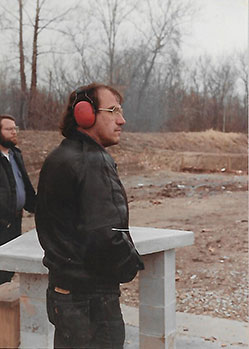 In 1972 Terry and Art transitioned the Company from Hot lead Type, known as (Hot Type) to Photo Type, which was known as (Cold Type). The business thrived all the way through the late 90’s until Photo Type also became obsolete. From the late 90’s on, Terry worked from home as a Graphic Design Artist.Terry was an amazing man. He suffered for decades from and ultimately lost his battle to Alcoholism. He will be greatly missed by many, especially his children. In lieu of flowers, donations preferred to Alcoholics Anonymous Eastern Area Office 14 Sunnen Drive, Ste. 144 St. Louis, MO 63143 in Terry’s memory.