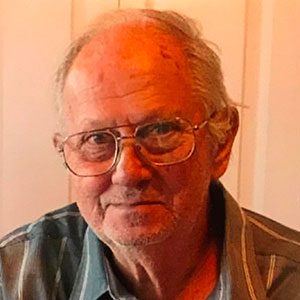 Tim was born on March 29, 1937, in St. Louis, Missouri to parents Edward C. Klopstein and Dorothy L. (Baum) Klopstein. He was the first of four boys. He joined the United States Army in 1955 and served most of his three years in Wurzburg, Germany attached to the 10th Mountain Division. His duties included mechanic for the motor pool and Military Police. Tim often said “It was the best decision I ever made. It made me get my head on straight”. The pride he had for his military time was indescribable, often bringing tears to his eyes as he told tales of those days gone by. After leaving “Uncle Sam’s Army” he worked several jobs including McDonnell Douglas and quality control at the Chrysler Plant. In the mid 1960s he gained employment at the General Electric Lamp Plant as a mechanic. He retired from GE in 1999.

Tim was a very social person, one who never met a stranger. He was a member of the Buick Car Club, Cadillac LaSalle Club, Horseless Carriage Club, The American Roadhouse Car Club and the T.C.A., among others. His hobbies included telling tales, reading, listening to all kinds of music, collecting electric trains and old cars; attending car shows, cruises, auctions, and especially train shows with his wife and kids. His most enjoyable moments were times spent with his wife, kids and grand kids, just being a family, whether it be work or play.