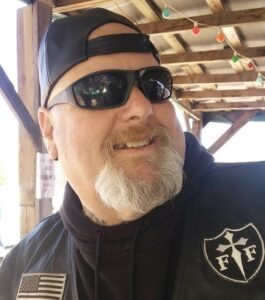 As a teenager John trained as a “Guardian Angel” in their St. Louis chapter and was an athlete who played both Baseball, and Soccer. As an adult John was a Chef and Auto Mechanic who Administered the good word of our Lord Jesus Christ with fellow Motorcyclists known as the “Faithful Few”.

John Schneider was friend to many. Brother to some. He will be missed ,but not forgotten. One of a kind. We’ll find you when we get to the other side brother.