John Wayne Lewis, Sr. passed away suddenly on October 22, 2020. He was 77 years old. He is survived by his wife Cricket of 56 years, two daughters Dana (Joe Caputa) and Amy, Daughter-in-law, Debbie Lewis (the late John Lewis), three Grandsons Ryan (Cara Lewis), Justin (Gina Caputa), Colton and 5 great-grandchildren, Florence, Masyn, Henry, Eleanor, Dominic. He was dearly loved by his siblings, and many nieces, nephews, cousins and friends. He was a fighter until his last day.

Born in Portageville, Mo to Frances Lewis and Robert Lee Lewis. Brother to Calvin Lewis, Dorothy Hudson, Don Lewis, Dennis Lewis, Randy Lewis. Lifelong maintenance man, handy man and Mr. Fix it, retiring from David Sherman/Luxco after 20+ years of service. He took pride in his career and his family (and his yard, as he used scissors to do his edging on his hands and knees).

Wayne chose to serve his country straight from HS at 18 years old in 1961. Prior to leaving for the service, he met Cricket at a teen dance in Tower Grove Park. Wayne asked Cricket, “Ya wanna grab a coke?” and that began their love story. Against Crickets wishes, he had to go and left for his tour of duty overseas. They corresponded through letters during his time away – writing to one another every single day. When Cricket graduated HS a few years later, much to her surprise, PFC John W Lewis was standing outside the church. And so it began, their 56 year love affair.

Cricket and Wayne started their life on the Southside, on Utah. They were always city dwellers. John Junior (Monkey) came along in 65’, and Dana (Sissy girl) shortly thereafter in 66’. Being parents was their greatest joy. You could find him coaching little league at Heiney Meine or attending dance recitals in his spare time. Ten years later the “oops” baby came along to everyone’s surprise. The Irish Twins were not quite as excited about Amy’s arrival. With Amy (Babydoll) came more dance recitals, plays, Muny shows, weekends spent on soccer fields. But his real joy came years later when his first grandbaby was born.

Grandson #1 came into the world in September of 86’. “Pawpaws Boy” was the light of his life. Ryan Anthony was a sports fanatic and Pawpaw didn’t miss a game. Five years into soccer, football and baseball games came Grandson #2, Justin Michael, or “Pawpaws little man”, May of 91’. Justin was our creative soul. Pawpaw lived for Justins performances in the living room and eventually on stage at the Muny when he was young. He was so proud. Life spent with his family and grandsons, Sunday family dinners, sporting events and taking pictures of those he loved is what made him the happiest. He always had a camera in his hand.

A simple man. He didn’t need much to keep him happy. Good food and music were a few more of his simple pleasures. He was a man of few words. A trip to Cracker Barrell, White Castle or somewhere for a “good ol’ steak” was a good day. As long as Cricket was by his side. Everyone loved him. He was genuine and kind. He was funny, quick-witted, sharp, sarcastic, snarky, goofy, and full of love. You always knew where you stood with him.

In 2007 it was time for Grandson #3 and boy did that shake things up. Colton John (“little buddy”) came into this world and Pawpaw was his biggest fan. Going on walks, telling stories, and endless giggles. Pawpaw and Colton were thick as thieves. When you ask any of his grandsons about their memories of Pawpaw they will tell you about his stories. He’s been telling the story of The Big Bad Wolf for as long as we can remember. He would put you on his lap and hold you tighter and tighter as the wolf grew closer. Some of our fondest memories of Pawpaw.

Tragedy struck his family in 2013 when he lost his 47 year old son suddenly. You can say that life was never the same after that. It shook him to his core but he still held his head high and held Crickets hand a little tighter.

The last 7 years had many ups and downs. His health took a turn but he never stopped livin’ and lovin’. Cricket retired to be with him every second, after 37 years at her employer. They never left one another’s side. Their favorite thing was visiting the littles, the 5 great-grandchildren who lovingly referred to him as “old pawpaw”, and trips to Alton to see Colton. He just wanted time with his girls, grandkids, great-grandkids and wife.

If we can learn a few things from Wayne it would be to love like it’s your last day, believe that things will get better, remember to brush your teeth, and never underestimate time on the porch. You can solve all the worlds problems with a little porch sittin’.

Our lives will never be the same without this incredible man. We thought he would live forever. Our energizer bunny ran out of steam, however, he is no longer in pain. Fly high. We will see you again and cannot wait for that day. He would want everyone to know, “I am reunited with my son and ‘I’m FINE’!”

Please join us for a celebration of his life on November 5, 2020 at Jefferson Barracks National Cemetery. For family and close friends, due to covid restrictions, we will meet behind the administrative building at the front gate at 11:15am. Military Honors Ceremony following at 11:30. After the ceremony we invite those that loved him to join us for a luncheon (12:00pm – 2:00pm) at The Mack in South City, 4615 Macklind Ave, 63109. 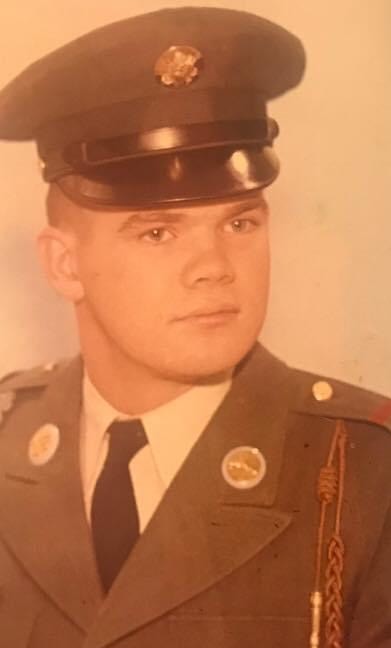 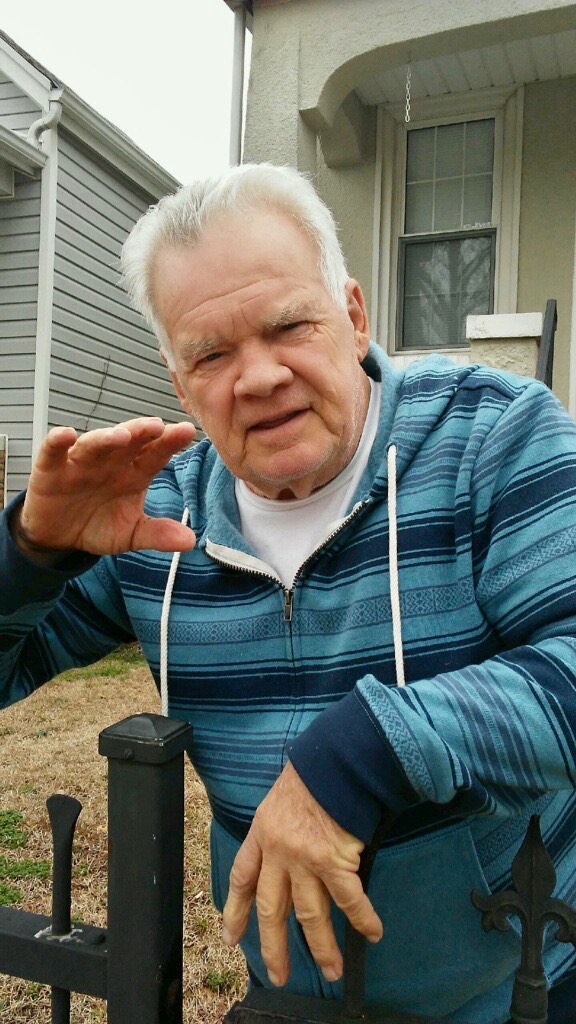 Cricket, Dana and Amy, God Bless and comfort you while grieving the loss of Wayne. Love you guy’s. My heart aches for you. I am also grieving over the loss of a 7 decade long best friends relationship. I ‘m thankful to have known John Wayne Lewis since we first met in Kindergarten. We will meet again.

Hearing of Wayne’s passing knocked the wind from my heart. Though your hearts are broken, remember the love your shared with your children, grandchildren, great-grandchildren and all the extended family. My prayers are with you. May those memories help you find peace in the coming days.

Cricket so sorry to hear that wayne passed away. I last saw wayne at jimmy crittedens wake he told me about his son and i could see it was bothering him i can still remember us drinking at webbs bar and him wanted us to come up to the apartment on utah to see his new stereo a zenith if i remember i always liked wayne but when you get older you just seem to loose contact. So sorry for you and your family.