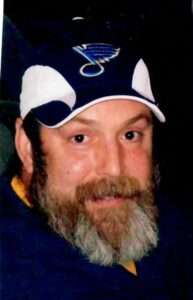 Pete and his wife, Patty, fostered for Midwest Doberman Rescue.  https://www.midwestdobermanrescuestl.org/ Pete enjoyed barbequing for fund raising efforts, year after year, to raise money for medical expenses for the dogs, never complaining about the heat or long hours, knowing the funds went to help his favorite breed.

Pete donated every year to the Muscular Dystrophy Association. https://www.mda.org/ Pete was so thankful that his kids were healthy and wished there would be a cure in his lifetime.