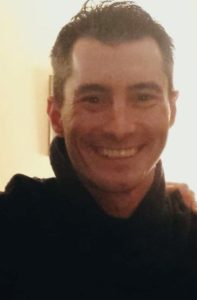 Richard was a Boy Scout, and worked in the restaurant industry since age 15. He spent 5 years in Texas in oil and gas business but came back to restaurant and hospitality after that. Richard graduated from Gateway in 1995. He played baseball and was a pitcher for his team. He was pretty athletic for his size. Often competing with guys twice his size in basketball, baseball and football.  He loved to travel and spent many summers on the Jersey shore at his uncles and aunts beach house.  Richard enjoyed snowboarding and getting to the mountains. He loved the beach and water sports and games.

Richard was a very kind soul, who often went out his way to help family and friends. He worked at Zia’s for the last 8 years of his life and built a presence for himself on The Hill. He was well known at Milos and the trophy room. He was an avid pool player and golfer. Lately he took on the responsibility of caring for his mother who is battling cancer both financially and mentally.

Richard has friends all over the USA and lived in Texas for about 6 years, which is where he met the mother of his daughter Michelle Lake. He was 1 month away from his 45th birthday when he passed away. He had a huge smile that would consume you. You automatically smiled back at him because he was just so genuine. He was incredibly smart and went to gifted schools as a child. He was very funny and had a wickedly dry sense of humor.  Richard was not a very religious man but instead was very spiritual. He believed in something more than himself. Some of his greatest memories are of him attending the Masters tournament and spending time with the Atlanta family. Richard was an incredibly gifted server and bartender as he was very charming and personable. He will be missed by countless friends and family members.

In lieu of flowers, donations to Richard’s daughter Taylor would be appreciated.

I love that picture of Rich. It sure seems to capture his spirit! Thinking of you during this difficult time.
Cherish the memories.
-Paul

I am so sad to hear this. While I had not seen Rich in quite some time, I fondly remember the time we spent on Whitehorse Ln. He was a large part of the awesome childhood some of us had back then. What great memories!

On behalf of the whole Cochran family, I send condolences to Flynn, the Padbergs, and the rest of Rich’s loved ones.